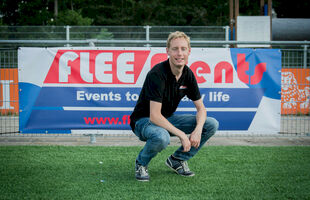 FLEE Events stands for sporting events for everyone, even with a narrow fair. Where an unforgettable event is set up with passion, feeling and pleasure where the wishes of the customer are exceeded. FLEE Events can be used for all types of events but is specialized in sporting events. Our mission is to (co-) organize unique events that will be talked about for a long time and positively.

Ferry already has a lot of experience in the event world, which started from an ideological point of view. His father died in 2001 of lung cancer, after which he decided at the time to organize a football tournament at the football club, with the proceeds going to the Dutch Cancer Society. This has grown into a sports foundation against cancer that has several organized events to its name.

As organizer and coordinator, Ferry was involved in the foundation of the Jumbo School football tournament. This football tournament was founded from FC Almere for groups 2, 3 and 4 of primary education, to allow these young children to enjoy sports and to get acquainted with the sport of football. This tournament has since become a household name within primary education. He is also the organizer of the renewed Wintercup Almere. The aim of this was to use the basis of the old Winter Cup, as always organized by Baljetgroep, but to further develop its own style. This is to avoid copying the old tournament. The successes achieved do not lie, due to, among other things, the return of the boarding, with the help of main sponsor Sport2000 Sportpaleis. In addition, there were more visitors every year, the atmosphere seemed to return more and more and there is a basis for a completely new Wintercup Almere, starting from the base as before, but with potential growth for a great event.

Ferry has also been Head of Referee Affairs at soccer club sc Buitenboys for several years. The refereeing department of the club has recently started to grow considerably, there has been a lot of media attention about the working method and this was even rewarded in May 2019, from the hands of professional football referee Kevin Blom, with the quality certificate from ARAG and KNVB. From his position he is responsible for the recruitment and retention of referees. But also the training, guidance and development of mainly young referees. Before they start working as a referee, they will be internally trained by him through an in-house developed course, which fits perfectly with the training courses to be followed later by the KNVB.

The FLEE Events Voetbal3daagse is a football event to give children from the neighborhood three great days, during which they can leave everyday life behind. This event is accessible and accessible to everyone. To be able to gain new experiences and contacts for three days during or outside the holiday. For a small fee, we offer the youth from the ...

The FLEE Events Voetbal3daagse is a football event to give children from the neighborhood three great days, during which they can leave everyday life behind. This event is accessible and accessible to everyone. To be able to gain new experiences and contacts for three days during or outside the holiday. For a small fee, we offer the youth from the neighborhood, and of course their friends, girlfriends, nephews, nieces and all other invited guests fantastic days. Includes breakfast, lunch and a special shirt. These three days are mainly devoted to football. There is also the possibility to combine other activities. The standard package includes laser gaming, for variety. Possible other activities that can be included at an additional cost are: offering a football quiz a table football tournament a panna (KO) tournament overnight stays The football3daagse is organized by FLEE Events in collaboration with the football association that hires FLEE Events. Funding goes through the registration fee of participants. These costs can be reduced through sponsorship, collaboration and / or subsidies. The offer can be adapted to your wishes and situation. 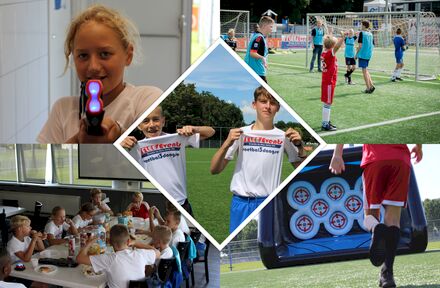 There are no reviews about FLEE Events (yet). Are you the first to share one? 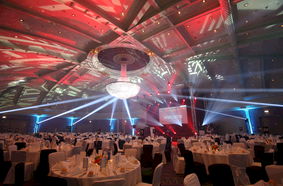 DM&S Live is an event agency based in Bruges, with offices in Antwerp and Brussels. We have all the skills in-house to turn every event into a creative, appealing and unique experience. 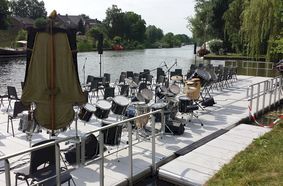 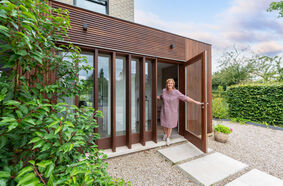 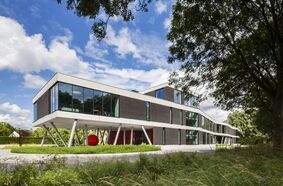