Menu
Cancel
newslatest newsBest to meet around a rectangular or round table?

King Arthur was right. People who are seated at a round table are less inclined to come up with arguments to oppose the statements of others. They also tend to feel more included as 'part of the group'.

This was concluded in a study by scientists from the Canadian universities of Alberta and British Columbia, and was reported in the Journal of Consumer Research.

In the study, scientists seated groups of people at round and rectangular tables and observed them while they were shown a series of advertisements. What was the outcome? Those who sat at a round table were more interested in ads in which families and friends were portrayed, while people at the rectangular table rather showed sympathy for individuals and people positioned on the fringes of society.

The study shows that when seated opposite each other, people are also quicker to go on the offensive. The way in which the tables are used therefore leads to two distinct outcomes. Those sitting at a round table feel more included as 'part of the group', while those seated at a rectangular table tend to show a need to express their own unique personality.

The study concludes that these findings can help people when, for example, they have doubts about seating arrangements at weddings and meetings. 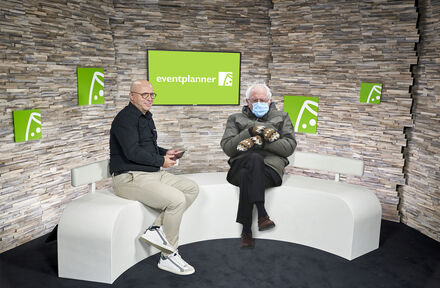 23 Beautiful Locations to Impress Your Guests