Good news for event organisers! Facebook is launching #hashtags. Hashtags, which have long been popularized by Twitter, make it possible to hoard together every message about your event into a single thread. That in itself holds mountains  of potential.

In order to drive conversation, Facebook is rolling out a number of new feaures. The first ones in line are the hashtags. As with Twitter, Instagram, Tumblr or Pinterest, you can click on the hashtags and end up with a feed of messages, photos, video clips, etc. referenced under the same hashtag.

But the hashtags will not be the see all, be all of the new set of updates: "Hashtags are just the first step to help people more easily discover what others are saying about a specific topic and participate in public conversations. We'll continue to roll out more features in the coming weeks and months, including trending hashtags and deeper insights, that help people discover more of the world's conversations."

Twitter hashtags have been the pride and joy of event organisors for quite some time already. Not only do they make it easy to follow all the chatter about your event in one, central thread, they also help event-goers get an idea of who else is in attendance. So, it is more than just a powerful way to promote your event, it is also a way to encourage people to strike up a conversation. Think of twitter walls, for example, which can be set up at your events or serve as a rolling feed of questions to be posed to speakers at a live conference. All of that is possible now on Facebook too. Although Twitter is on the up and up, Facebook still has a much broader reach...

Noticed a language error?Report news?Noticed another mistake?
Comment
Advertise on eventplanner.net
You and your client NEED a Celebrity to Appear
Rojas Talent Group|26 October 2021
Follow

The best money spent at an event, where you want to grab an audience's attention, and have hundreds -- if not -- thousands of social media posts for your client, is to have a celebrity personally appear. Why? People love celebrities. People want to meet them, have a photo with them, and during and after the event, they ...

The best money spent at an event, where you want to grab an audience's attention, and have hundreds -- if not -- thousands of social media posts for your client, is to have a celebrity personally appear. Why? People love celebrities. People want to meet them, have a photo with them, and during and after the event, they will post all over social media which just amplifies what a great even you produced. You -- and your client -- will be stars.

There are celebrities for all budgets, and whether you need them for a "meet and mingle," or a grand opening, or to host your convention booth, there is talent out there that will meet your specifications. Give it a try, and I know you'll be satisfied with the results. 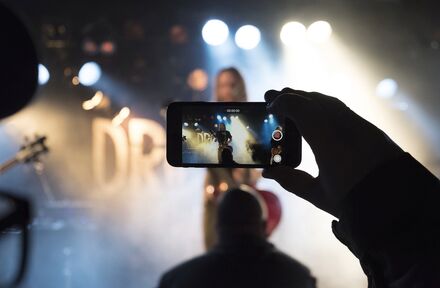 18 Floral Elements to Bright Up the Event Venue