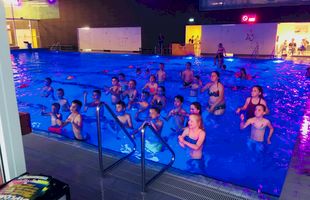 The Disco Shows are much more than just a children's disco where only some pictures are played and simple games are played. Disco Shows from DeFeestDj are full of the best battles such as the Air guitar battle and the Hakke Takke battle. And Wim DeFeestDj not only uses sound and disco effects, but also images! Everyone can experience, participate and win much more through the image with the best dance competition for young and old.

There are no reviews about GrootApplaus (yet). Are you the first to share one?