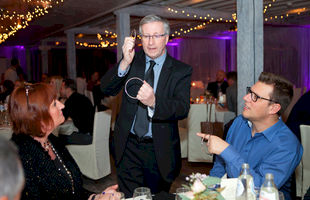 Magician Peter has been active in the magic world since childhood. At a very young age he gave performances to youth associations, in schools, in friends and family circles. Now he has gained a lot of experience through numerous performances and by participating in meetings for magicians, both at home and abroad. This way he keeps up to date with the latest tricks and trends.

Magician Peter can especially be asked for the following magic specialties:

All these shows are very interactive, with spectators fully amusing and amazed.

There are no reviews about Goochelaar Peter (yet). Are you the first to share one?