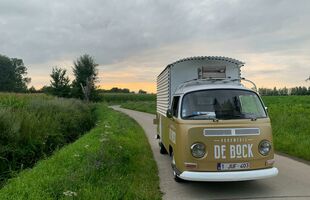 Brewery De Bock opened its doors in the spring of 2018. The microbrewery with accompanying tasting room is an initiative of brewing engineer Pieter De Bock. He started his brewing career as a production manager at Brouwerij Affligem. From 2012 to 2019 he was head brewer at Brouwerij Anders. Now you can find Pieter at The Musketeers brewery in Sint-Gillis-Waas. But there is still enough beer flowing through his veins for his own brewing project. This will start in 2015 with the launch of Remi Blond. The artisanal specialty beer is immediately popular and has become a popular regional product. In 2021 Jordi Bruynseels joined the company to take care of the commercial aspect of the brewery. In the same year, Brouwerij de Bock launched a new beer called Desideer

With our fun mobile beer bar called "Goldie" we take care of all your events with a mobile tap installation.

Goldie was originally a fire engine, built in 1968.

In 2018, the entire engine and gearbox were replaced by new ones.

In 2021 she underwent a complete renovation of the bar area.

There are no reviews about Brouwerij de Bock (yet). Are you the first to share one? 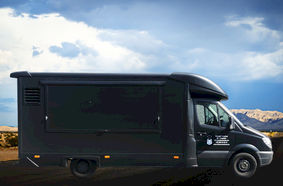 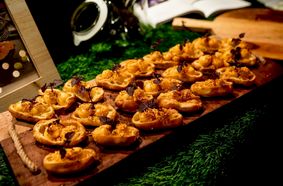 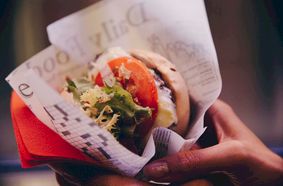 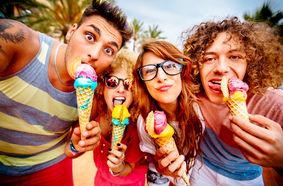 To like Brouwerij de Bock, you must first login.