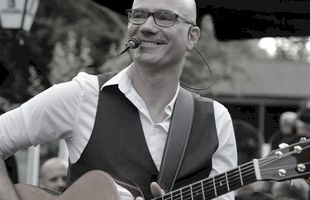 Cover band Plugged is a 4-piece rock cover group that has been crossing the Flemish country for 20 years with a handful of microphones, 2 guitars, a bass guitar, a drum set and a dose of musical experience to tell you.

Coming from Oudenaarde-Brakel-Gent, 4 sultans of swing serve a whole lotta guitar and drum work from ZZ Top, Led Zeppelin, Dire Straits, Status Quo, Golden Earing, ... interspersed with more recent and quirky covers such as from Triggerfinger, Kings or Leon, Stevie Wonder and so much more.

Give them all your lovin, they'll do whatever you want. These lonely boys are so made for loving you. You won't forget about those sharp dressed men. And when black betty smiles, their sex is on fire,… Pure, infectious and on the rocks!

In 1998 Tom and Lieven ran into each other when they were both still studying at Ghent University. They decided to form a band together. The foundation for Plugged had been laid, but now Tom and Lieven had to look for musicians.

Ronald soon came into sight. He was an old acquaintance from Oudenaarde and he had earned all his stripes as a drummer. The search for a bass player was more difficult. Several musicians came to apply. Eventually they ended up with Filip, who is still there now. The first rehearsal with Lieven, Tom, Filip and Ronald takes place in the autumn of 1998.

The years passed. The playlist became wider and the performances more numerous and diverse. Plugged was asked for pub crawls, youth houses, village parties, motorcycle hits, festivals, blues cafes, binge rides. In the meantime Plugged had grown into a real guitar group with a specialty in bringing rock classics.

The arrival of Leen

Plugged continued to rehearse and perform, but the first setback came in 2003. Ronald decided to leave the group. He himself provided a replacement in the form of Leen. She then took drum lessons with Ronald. Leen gave the band a new impulse. Plugged started performing more often and further.

Plugged celebrated its tenth anniversary with a very appreciated anniversary concert in 2009. For the occasion, the "old" drummer Ronald was also dusted up. That resulted in a unique performance, including a double drum solo.

During that period the band was doing well. For example, Plugged played at the Ghent Festivities on Veerleplein in 2009. In addition, there was also a performance at SBC Rockt as support act for Raymond van het Groenewoud in October 2010. The group also brought in several annually recurring events. She played almost every year on the 24-hour run in Oudenaarde and the fair in Papegem.

The ranks were also reinforced behind the scenes. Mario joined the group as a roadie, but soon took on many other tasks. He often acted as a technician, light man, sound engineer and manager.

But then history repeated itself. In 2017 Leen decided to quit Plugged. The group went looking for a new drummer and again it was Ronald who brought a solution. He introduced Bram, a former student of his who was looking for new musical challenges.

Leen got a nice farewell concert for friends and family, after which Bram took over the drumsticks. After a busy summer, he proved to have fully absorbed.

The last highlights of Plugged took place in 2018. The band played during the Genste parties on the Korenmarkt. In addition, the 20th anniversary was also celebrated, with a unique performance. The band played a first part unplugged in the audience and a second part plugged on stage. Not only was this a fun pun on the name, it was also proof that the band has grown and can take on a lot of challenges.

In 2019, the band continues with performances and rehearsals. Here and there an old number is pulled from the dust and a new number is practiced. Every now and then a trip to other genres such as disco, reggae, rock'n'roll, blues, metal and even dance happens. It remains a fun hobby for the group members. They are committed to giving each performance the best of themselves.

Give them all your lovin, they’ll do whatever you want. These lonely boys are so made for loving you. You won’t forget about those sharp dressed men. And when black betty smiles, their sex is on fire, … Puur, aanstekelijk en on the rocks!

There are no reviews about Covergroep Plugged (yet). Are you the first to share one? 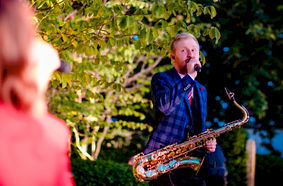 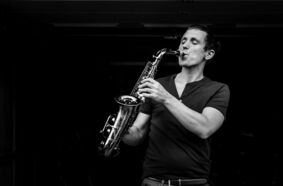 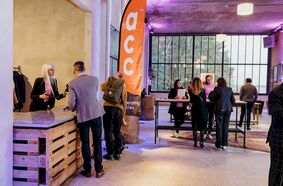 ACC is the Association of Communication Companies in Belgium. Our mission is to upgrade, promote and defend the added value of our members towards (future) employees, clients, authorities, press & public.